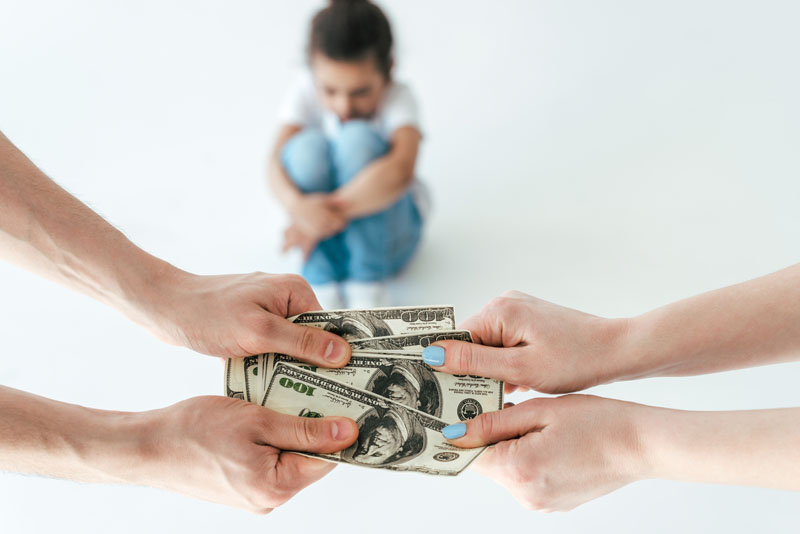 Divorce is a rocky road of different stages of negative emotions and anxiety, coupled with fear of the unknown. In fact, divorce ranks as one of the most stressful experiences in life. Going through a divorce can cause feelings of outrage, resentment, depression and even grief, basically all the same stages as described in grief associated with death itself.  Because of this, some people descend to such bad behavior that they may even pursue acts of retaliation when they feel wronged by the other spouse.  Although these dirty divorce tactics may be tempting, they rarely give you an edge and lead to distrust and contempt and at some lower self-esteem.

Here are some sneaky divorce tactics to avoid and ways to put a positive spin on what could be very adversarial activities. 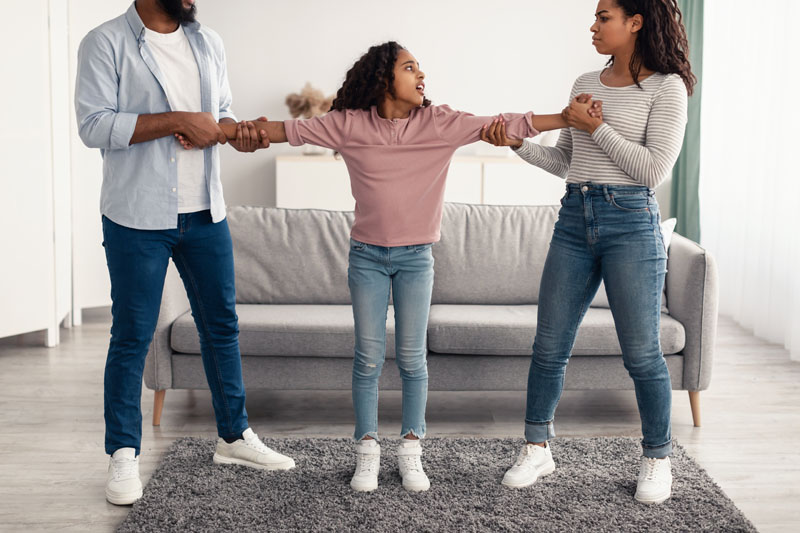 Using your children as pawns.  Actions such as denying visitation, moving out of state with your kids, asking kids to spy, or simply putting them in the middle can have more of a negative impact on the children than on the soon-to-be ex-spouse. Your focus should be on the best interests of the children and to establish good co-parenting practices from the beginning.

Playing dirty with money.  Avoid the temptation to clean out your bank account, deny your spouse access to finances, hide assets, cancel credit cards, or run up additional and unnecessary debt. Any of these actions could hurt your credibility when a judge determines you’ve stepped out of bounds.

Quitting your job to avoid paying support.  Be careful when making decisions to quit or taking a lower-paying job when your divorce is imminent or already in progress.  Such changes may be seen as a way to manipulate the amount of support you receive or are expected to pay. The court can attribute income earning capacity based upon prior earnings and they are quite aware of this tactic in an effort to lower rightful obligations associated with child support and spousal support.

Having them served divorce papers at work. It can be tempting to publicly humiliate your spouse or cause them embarrassment at work but be prepared for retaliation. Outrageous enough, the court may grant an injunction against harassment and if the injured spouse can show monetary damages, they may be assigned to the harassing spouse.  Focusing on calm, clear, and respectful communication is a better basis for a healthy relationship in the long-term despite how much you may want to give some of your pain to the other spouse.

Dragging your feet. Prolonging a divorce by filing countless motions, rescheduling hearings and requesting evidence increases frustration levels and associated costs. Things often happen in divorce cases because people are in transition and this opens up new opportunities that often require delays.  However, if one spouse is doing it to avoid getting divorced or in an attempt to drive up the attorney fees, then if it can be proven, those delays can be denied by the court, or even sanctions ordered.

Falsely alleging abuse.  One of the dirtier divorce tactics, false allegations of abuse, such as in an attempt to gain primary custody of the children or force supervised visitation, can backfire. When child abuse allegations are made, the court may mandate emergency orders denying the spouse any interaction with their children until the claims can be investigated. These laws are designed to protect real victims of violence, but when falsely made can cause alienation and emotional trauma to the children as well as drive up attorney fees in defending the matter.

During divorce proceedings, resist the urge to engage in sneaky tactics and hurtful behavior. When you find yourself struggling with a difficult situation involving an ex, evaluate your motives to ensure you’re not just focused on hurting your ex but also moving toward a positive outcome and a better future.  Go talk to experienced divorce lawyers who can share real live examples of how those actions actually cause you more harm than good.

At McMurdie Law and Mediation, we believe in creating resolutions that are healthy and beneficial to all parties. Call 480-777-5500 today to schedule a consultation.

Looking for a Tempe Divorce Lawyer?