Can child support be increased after the divorce is finalized?

Once you are divorced, we have found that people continue to have many major life changes for two to three years. It is very common to change homes, jobs, relationships and of course, all of that effects your financial life.  In fact, all these events can mean that the terms of your decree and child support order may require changes. One of the most common questions that arise is that of child support, custody agreements and spousal support changes. Arizona courts realize that life changes impact support and custody matters, so it is possible to change many of these terms, even years later. Child support and custody, as well as spousal support, can be modified when you can prove there’s been a significant change of circumstances since your divorce was final. Significant is the key word; a minor, run-of-the-mill change is not sufficient. 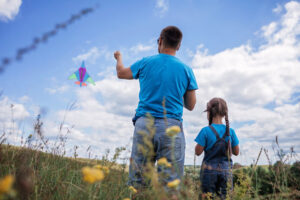 Child support can be recalculated under a number of “changed circumstances” (which is a legal term of art) . Either parent might suffer a loss that impacts a major decrease or increase in income. Arizona child support is based on both parents’ earnings in addition to several other factors, so a change on either side can warrant a modification if the result is more than 15% in the actual final calculation on child support itself. Child support can be modified for other reasons as well, including a change in custody terms or a child’s needs, such as if he now requires medical care or special education that was unforeseen at the time of your divorce.

Custody terms may require modification for a variety of reasons. Your child’s needs may change, but more commonly, changes in parents’ schedules or lives require that a parenting orders in Decrees or Parenting Plan should be modified. The custodial parent of young children may take a job that now requires her to work the graveyard shift. In most cases, children are better off with their other parent overnight than with a third-party caregiver. A custodial parent may remarry, and the minor child(ren) and the new spouse might have serious conflicts. Maybe the custodial parent has developed a drug or alcohol addiction. Again, Arizona child custody laws require that the change must be significant that proven to be “substantial and continuous” (another legal term of art) The circumstances may not have existed at the time custody terms were initially agreed to or ordered, and yet they affect the well-being of the children. 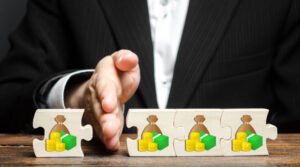 Modifying spousal support in Arizona can be trickier, depending on the exact terms of your decree. If you and your spouse divorced by marital settlement agreement, i.e., you negotiated terms rather than go to trial where a judge ordered them, that agreement may state that spousal support is non-modifiable. If this is the case, the terms cannot be changed, not even with a significant change of circumstances. Likewise, if spousal support is waived or not even mentioned in your decree, you can’t go back to court later and ask for it.

Otherwise, a permanent change of income for the paying spouse might be a significant change the court will consider to terminate or reduce spousal support payments. The circumstances of the receiving spouse can instigate modification as well, such as if she hits the lottery or her income skyrockets for some other reason, or if one spouse may begin to cohabit with a new significant other. Remember that remarriage automatically terminates spousal support under Arizona law.  You would still need to file to terminate spousal maintenance and file the remarriage certificate to prove the reason to terminate the spousal maintenance order.  Remarriage of the paying spouse may make it easier on the paying spouse, however not held as a change in circumstance to modify the other spouse’s award.  People should not be penalized for doing better in their lives, either in their employment or in their relationships.

Modifications of Divorce Decrees and Parenting Plans are a complicated area of law subject to various rules, depending on exactly what terms you want to modify. Call McMurdie Law & Mediation today at (480) 777-5500 to discuss the changes that have happened in your life since your divorce. Find out if they’re significant enough to warrant modification.